For many in the zoo industry “white tiger conservation” is considered an oxy-moron because many people within the zoo industry believe white tigers have no conservational value. They have given in to years of pressure from animal rights activists and their propaganda. In fact, some of them even use propaganda/misinformation in their zoos despite the science that says otherwise.


Therefore, we wrote this article to dispel some of the misunderstandings or half-truths about white tigers that are frequently promoted by groups with animal rights agendas and even zoos that have fallen prey to their pressure.

1. ALL WHITE TIGERS ARE INBRED

It is true that all white tigers can trace their lineage back to Mohan, the original white tiger caught in the 1950s, and the first litter of cubs was a result of Mohan breeding with one of his daughters. Some of those descendants made their way to the US and again, some inbreeding took place to end up with more white tigers. This is a fairly common practice when there are only a few individuals (called founders) in a managed population. For instance, Cuvier’s gazelles in managed populations can all trace their lineage back to one male and two female founders from Europe.

2. THE ONLY WAY TO GET A WHITE TIGER IS THROUGH INBREEDING and/or WHITE TIGERS CAN ONLY EXIST IN CAPTIVITY BY CONTINUAL INBREEDING

This is completely false. As a 2013 study by Chinese researchers titled The Genetic Basis of White Tigers determined, the white color was being created by an amino acid change (A477V) in the transporter protein (SLC45A2). This same recessive gene has caused color variation in humans, horses, and chickens. Therefore, a basic 7th-grade Punnett square tells us it is possible to have white tigers as long as both parents carry the recessive gene. In other words, they don’t have to be related or even white for that matter. They just need to carry the recessive gene.

3. ALL WHITE TIGERS ARE NOT PUREBRED

This is true. Bengal tigers are the only species that have been found to have the genetic mutation that leads to white coat color. One way zoos diversified their genetic pool early on was through outcrossing. In other words, they bred white Bengal tigers with Amur tigers, which is the basis for “all white tigers are not purebred”.


This shouldn’t be a big deal. Outcrossing is a common practice in managed populations to reduce the negative effects of inbreeding from a small number of founders. For instance, nearly every species of domestic dog or cat is a product of outcrossing, but no one is calling for their extermination.

4. All White Tigers have health defects due to the recessive gene

False. This misunderstanding has been widely promoted and even some earlier studies on white tigers reinforced this belief. Animal rights groups frequently make statements like:
“Private exhibitors have experienced neonatal mortality rates in excess of 80% because of the recessive gene for the white color is a deleterious mutation and thus is co-linked to numerous other deleterious and often fatal characteristics such as immune deficiency, strabismus (crossed eyes), scoliosis of the spine (distorted spine), cleft palates, mental impairments and early death”.


However, as the Chinese study proved, the color mutation is solely the result of a change in a single amino acid and the scientists concluded “The undesirable traits often associated with captive white tigers are thus most likely due to human-induced inbreeding.”


In other words, only white tigers that have been severely inbred by unprofessional and irresponsible people suffer from the health issues commonly cited such as premature death, stillbirth, crossed eyes, etc. These disreputable facilities are also the genesis of the next misunderstanding.

5. White tigers only exist due to profiteering and exploitation by man

It is true that people love seeing white tigers. They are beautiful and majestic. It is also true that unprofessional individuals and facilities took advantage of people’s fascination with tigers through poor management practices (i.e. severe inbreeding). However, to claim the only reason for white tigers to be preserved by reputable zoos and facilities is for-profit and exploitation is false.


First, there is no way of knowing the intentions of every person/facility that has bred white tigers. Second, it is irresponsible to assume that everyone has the same motive. Third, the bad practices of a few shouldn’t condemn the entire industry. Finally, this entire claim is predicated on the next myth.

6. White Tigers have no conservational purpose

The lack of “purebred” genetics has caused many in the zoo industry to state that white tigers have no conservational value and therefore shouldn’t exist. Animal activists have taken it a step further by stating “anyone involved in breeding and/or exhibiting white tigers is doing a great disservice to honest conservation and preservation efforts to save the five remaining and endangered subspecies of tigers barely clinging to survival in their rapidly diminishing natural habitats”.


However, we don’t believe being “mud bloods” disqualifies white tigers from existence. The Chinese scientific study showed the mutated gene that white tigers carry naturally occurred in the wild. They stated, “the fact that many white tigers captured or shot in the wild were mature adults suggests that a white tiger in the wild is able to survive without its fitness being substantially compromised.” They further determined, “the SLC45A2 A477V substitution in the tiger primarily affects only pigmentation, and that the white tiger morph is a viable natural genetic polymorphism. Despite its low frequency, this polymorphism has persisted for at least several hundred years and should be considered a part of the genetic diversity.
So why do white tigers have less of a right to exist than the rest of the “pure blood” tigers. They weren’t created in a test tube by man. They were a naturally occurring phenotype. They didn’t choose their path for existence, but they do exist.


The same study suggested it was possible to create a viable population of white tigers. Should that effort take place, we will definitely do what we can to preserve this amazing animal. 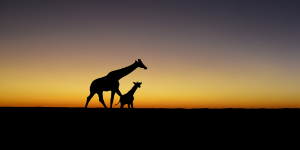 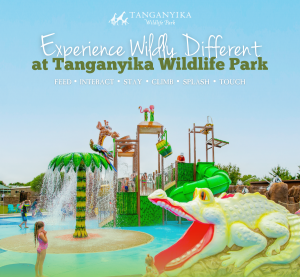 Tanganyika Falls Splash Park: Above and Beyond