Do you and your family want to experience a genuine wildlife animal adventure without traveling the whole world?

Do you want to cheer your family with a new animal adventure that will last forever and bond you even stronger?

Are you searching for a surprising way to celebrate freedom and revitalize after two years of pandemics and lockdowns?

What is a better time for new wildlife adventures and animal experiences than NOW? 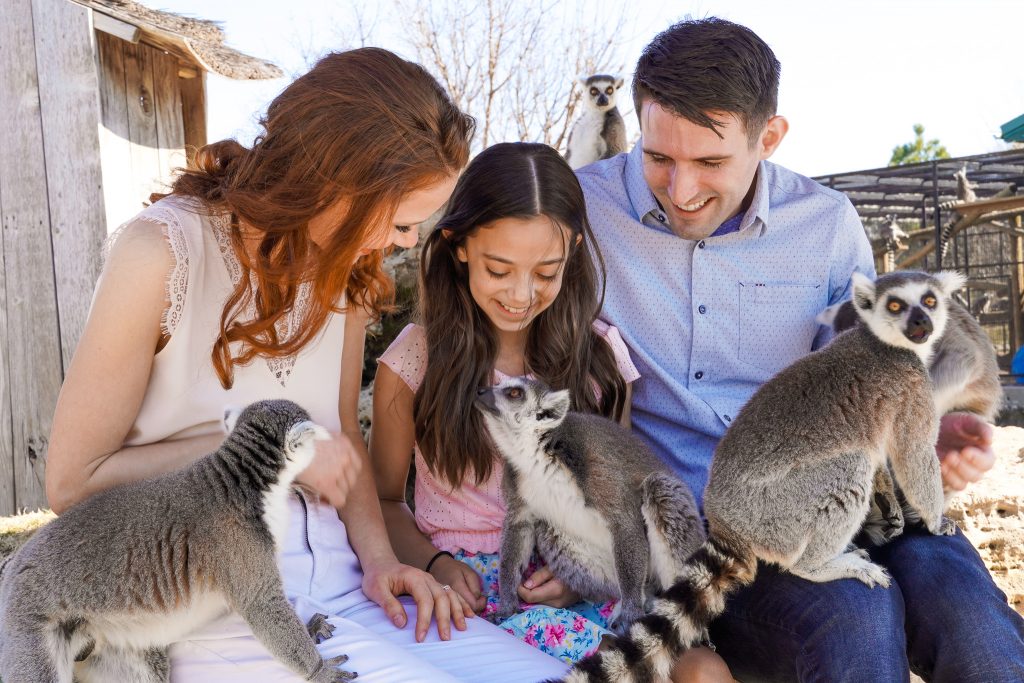 The good news is that you don’t have to walk in the jungles, icy waters, rainforests, mountains, pine tree forests, or beaches to meet animals up close.

You can go to the most interactive zoo in the midwest —a place where you can experience animals up close from all over the world.

A place where you can get close and even interact with animals through animal experiences and animal attractions.

It’s scientifically proven that when animals surround us, there are unlimited benefits to our health, such as:

Are you curious how we know that? Because we have experienced all this first-hand. We are Tanganyika Wildlife Park – a family-owned wildlife park built from the ground up with all the love we give to the animals. But we are much more than a breeding facility. 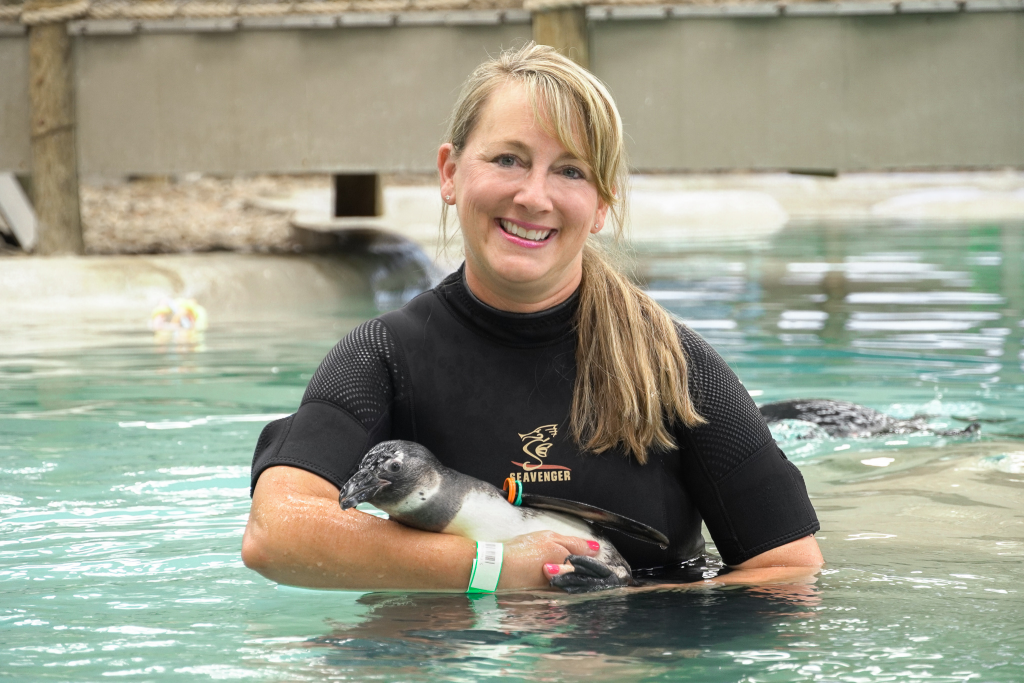 Our Search For the Best Wildlife Adventure 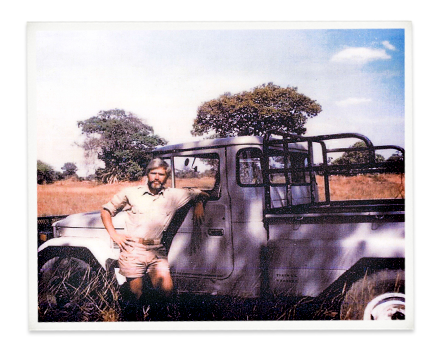 Matt’s parents’ dream was to build a world-class breeding facility for rare and endangered animals. His parents, Jim and Sherri, built the first barn in 1985, and the home of Tanganyika Wildlife Park was established.

“As a kid, I grew up with some of the rarest animals in the world in my
backyard. It wasn’t a big deal to have giraffes and tigers. I took them for granted and even considered them a chore.” Matt said.

In 2000, the Fouts family started doing guided tours of the breeding facility. It was wildly successful (pun intended), so they decided to build a zoo from the ground up. On Aug 2, 2008, Tanganyika Wildlife Park officially opened with 15 exhibits and three interactive areas.

See What Our Visitors Say About Us

We appreciate your kind and honest feedback and invite you to visit our amazing wildlife park.

You might be thinking…
I'll go to the zoo, and it's the same story. But the thing is… It's not even close.

Tanganyika Wildlife Park gives you
more than great exhibits. Here you have interactions with the animals that bring you emotions you will remember forever… 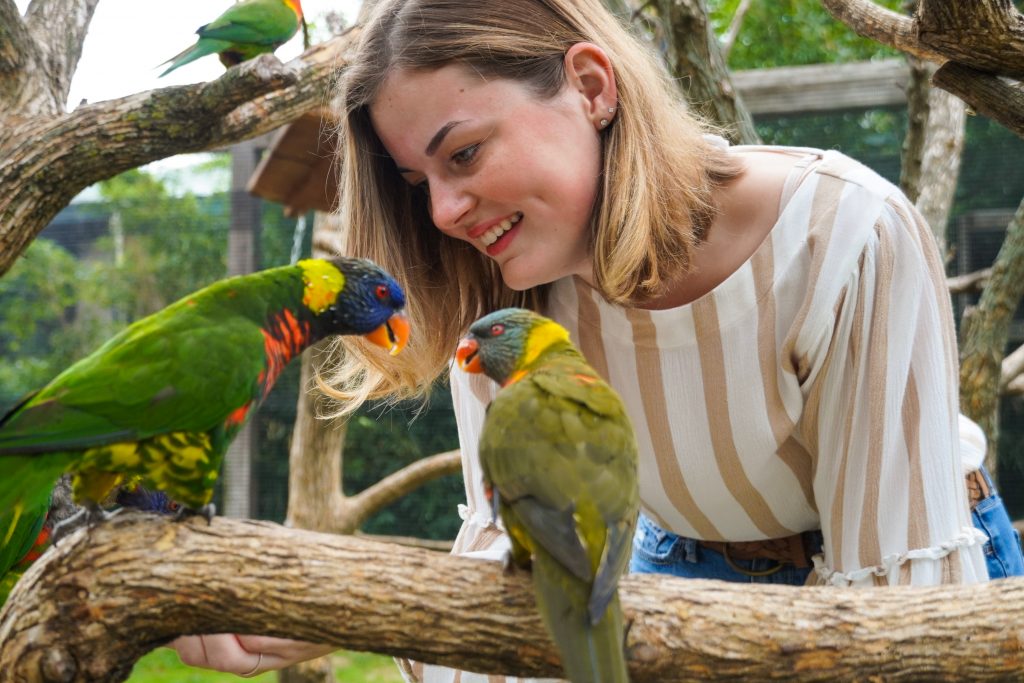 Welcome to the Ultimate Weekend at Tanganyika Wildlife Park

It is a one-of-a-kind animal experience that will give you and your family lifelong fantastic memories, such as…

Feeding AND touching exotic animals, swimming with the penguins, learning everything about the animals from our knowledgeable and friendly keepers, AND SO MUCH MORE.

Swim with Penguins
The only place in the world you can spend 30 exhilarating minutes of your life swimming, touching, and feeding African penguins under the guidance of a trainer.
$200.00 Value
Otter Meet & Greet Experience
You can feed them, play with them or help train them. Meet otters up close.
$150.00 Value
Penguin Meet & Greet Experience
You'll get the opportunity to touch them, take photos beside them, and participate in a bit of play session.
$195.00 Value
Small Cat Meet & Greet Experience
You will get to take photos with them, assist with a training session, and even toss them their favorite toys.
$220.00 Value
Owl Monkey Meet & Greet Experience
Meet Dexter up close and see if he will welcome you into his troop. Get your picture next to him, help us train him, and watch his monkey antics.
$299.00 Value
Red Ruffed Lemur Meet & Greet Experience
You'll get to interact with Emeralds by getting to touch her, get your photo taken with her, have her walk across your back, feed her, and much more.
$115.00 Value
Sloth Behind-the-Scenes Experience
You will get to enter the sloth enclosure while getting the rare opportunity to meet our sloths up-close and feed, touch, and get photos with them.
$115.00 Value
Origins Behind-the-Scenes Experience
This off-road journey begins by travelling through our old barn - where you'll find some exciting animals - leading you to our Park owners' backyard, where it all started years ago. You'll get the rare opportunity to meet and feed our off-exhibit African Lions up-close. In addition, you'll get to see our Amur Leopard, the most endangered big cat in the world, and learn all about her story and species from our knowledgeable staff.
$273.00 Value
Giraffe Behind-the-Scenes Experience
You'll have the rare opportunity to meet our giraffe herd up close and interact with them. Along the way, prepare to make some stops to see a few of our giraffes' friends who share the barn with them, including red river hogs, bongos, rhinos, okapi, and more.
$125.00 Value
Previous
Next
Book Your Spot

In addition, you'll also get:

….and an experienced concierge to handle all the planning.

The total value of this one-in-the-lifetime animal adventure is at least $4,017.92

Not to mention the travel costs when it comes to money and time you’re going to spend if you visit these animals in different places around the world.

By visiting Tanganyika Wildlife Park, you’ll not only save time on travel, but it will also cost you a fraction of the price.

By clicking the booking button above, you’ll open a filling form. After filling the information in, we’d love to give you a call to discuss your Ultimate Weekend visit and get everything ready for you!