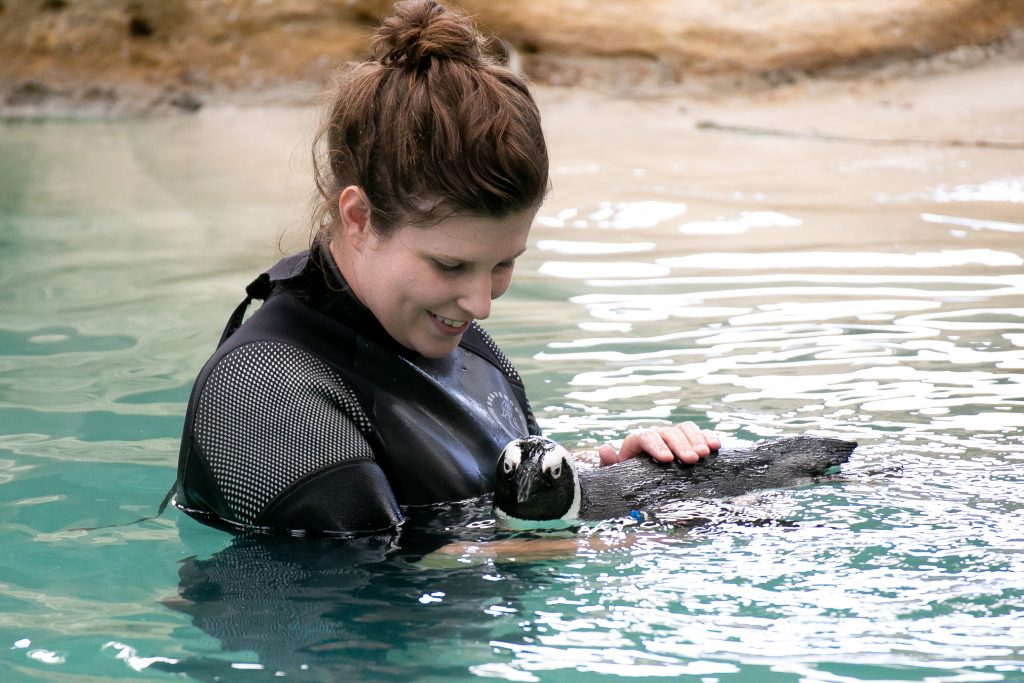 Here at Tanganyika we have seen an impressive breeding season among our African Penguin colony.

In the 2020-2021 season we had 18 chicks hatch from September 2020-March 2021. The 2021-2022 season we have had 22 chicks hatch since August! These are unheard of numbers that have been a welcomed challenge to face. These numbers show huge success in fertility and rearing of their species. In the wild, only 25% of eggs are fertilized; only half of those hatch. 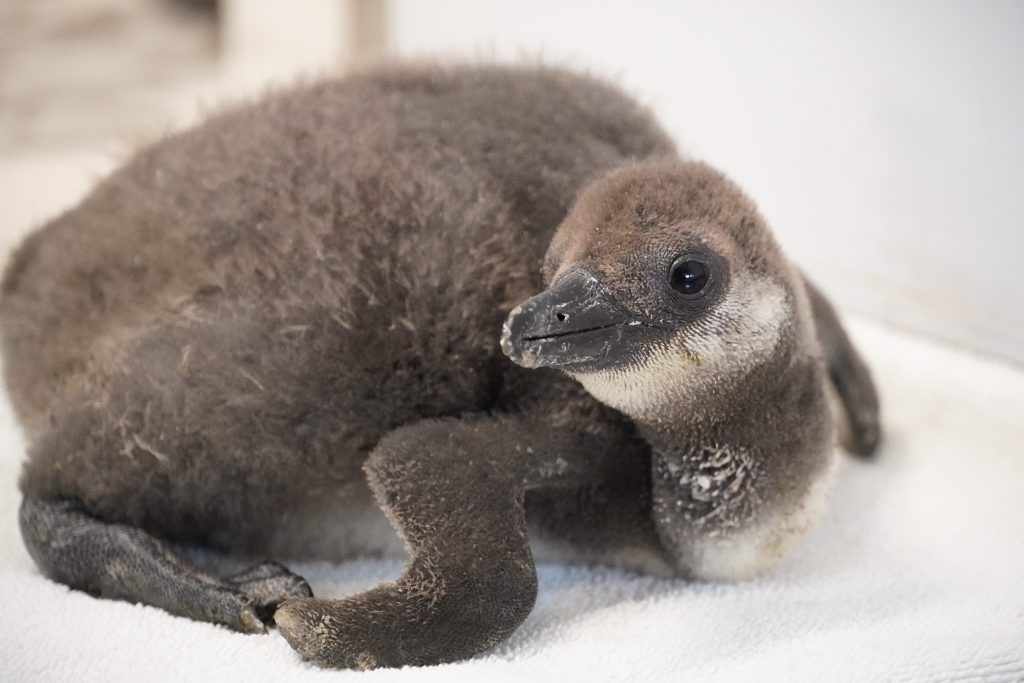 Once the chick hatches, keepers are hands-off for the first two weeks as long as everything goes well. The keepers make sure the parents are eating well, feeding and cleaning their chick, and growth is happening. When a chick first hatches, they are around 55-85 grams (2 to 3 ounces). After just two weeks, they are around 500-700 grams! That’s a 700-800% increase in size in a short amount of time! 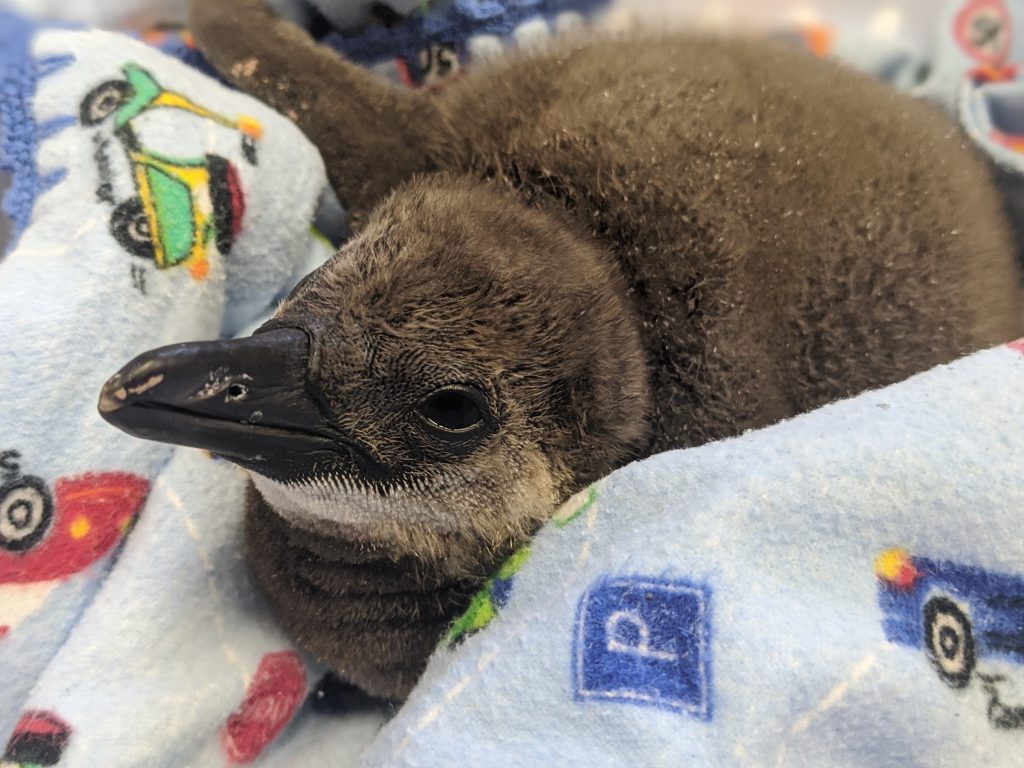 Next, the chick is brought up to the nursery where the keepers and trained staff will feed and care for them. They are weighed twice a day to determine growth, and their food is weighed out to an exact measurement for the best nutritional benefits. They will “graduate” to different food stages based on the size of the fish and weight of the chick and start out at four feedings working their way to just two. Once they’re at two feedings for a couple days, they are able to leave the nursery!

After a week, they will move back to holding where the keepers will care for them on nesting tables. This is to get them acclimated to the feeding schedule, the individual keepers, and handling for better care. They will stay on these tables until they’re around 3-4 months old. This will allow them to lose their down before being introduced to any pools.

In the wild, the chicks will stay with their parents at the nest site until they also lose their down. Once they do so, the parents will lead them to the ocean for them to be on their own.

Finally, the chick is able to be introduced to the colony after months of care. Here, they can form other bonds and even find their future mate. It takes them a few days to get the routine down, but luckily they’re able to watch and learn fairly quickly from the other penguins in the group! 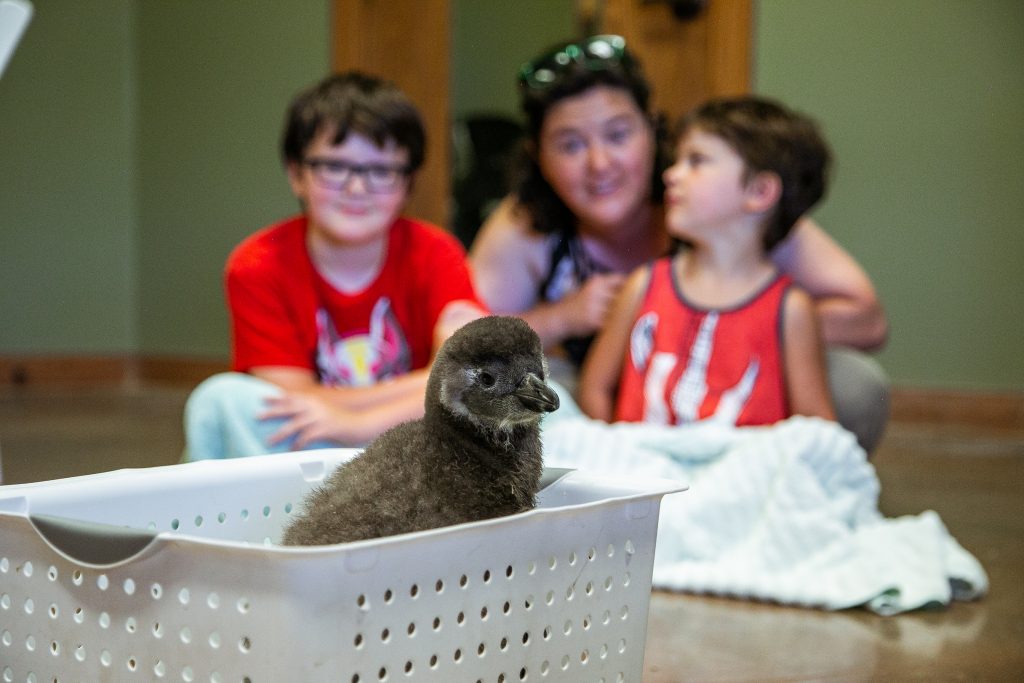 What are we doing to help penguins in the US and their wild counterparts?

Here at Tanganyika Wildlife Park, we educate others about the importance of this species on the ecosystem and how to help them. Did you know penguins are a good indicator species on the health of the oceans? We can help them by lowering the amount of fish we eat (or completely cutting it out) or by buying sustainably caught fish. The Seafood Watch app is a great resource to determine this. We can also reduce our plastic usage, and properly dispose and recycle our garbage.

We also partner with many zoos across the US to help with their colonies and breeding programs. We have really unique genetics that will aid the breeding pool for generations to come.

In addition, we support the Dyer Island Conservation Trust which is a facility in South Africa that helps to rehabilitate and rehome African Penguins and build nest boxes for them to use.

We have many opportunities for you to learn more about our penguins through our meet and greet and chick feeding experiences. Once May comes around, you can also swim with them! Some of these chicks may become your best friend during your time together! 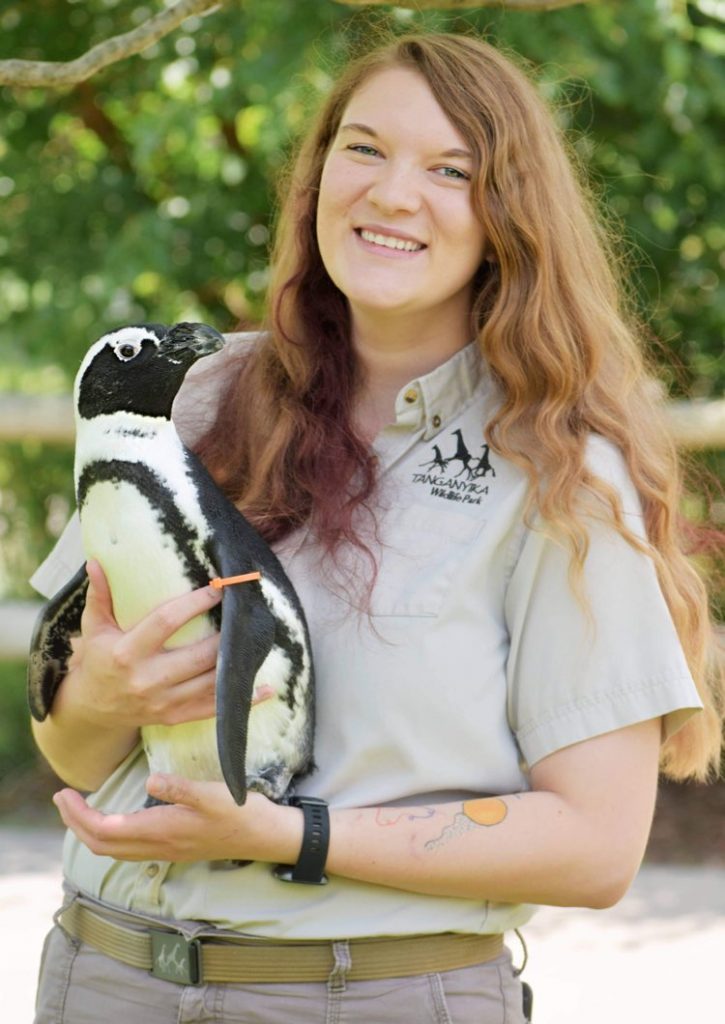 About the Author: Melissa Hughes has been with Tanganyika for two years and has worked in the Troublemakers Cove area during that time. She got her degree in Zoo Science from Friends University and fell in love with the zoo world and Wichita while studying. Some of her favorite things include spending time with her friends, Paco the penguin, and gummy candy.

PrevPrevious ArticleNational Hippo Day 2022: How You Can Observe It
Next ArticleWorld Wildlife Day 2022Next