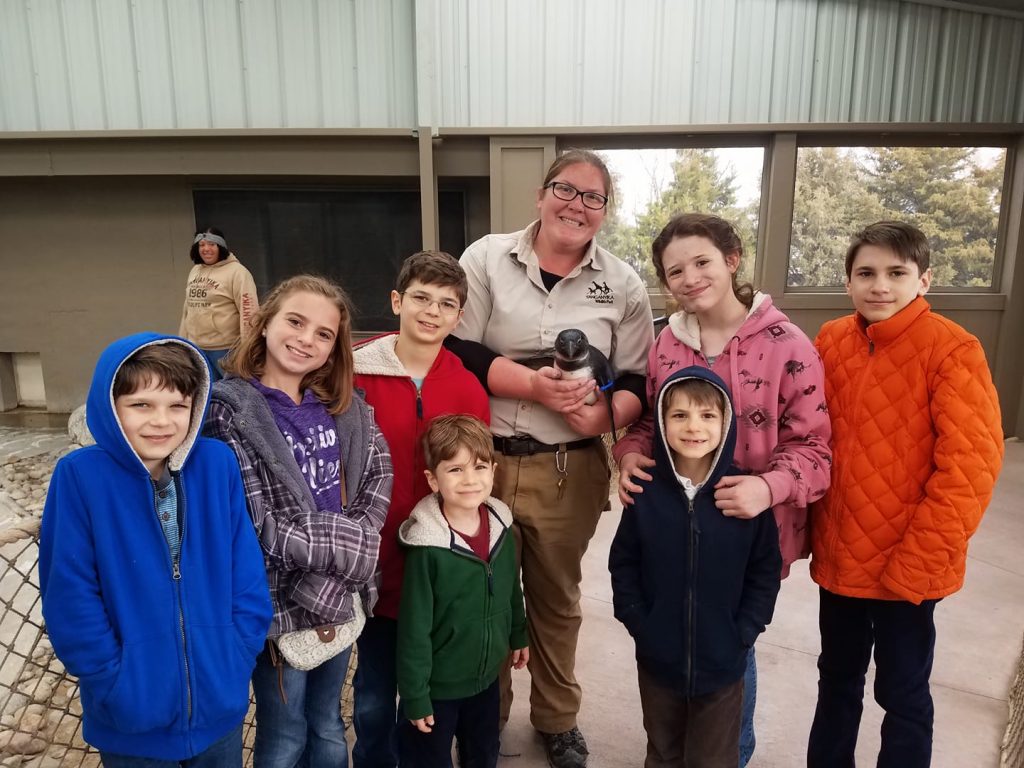 Our first Tanganyika Hero spotlight features Kris Hurley. Kris and her crew are from Oklahoma, but that doesn’t stop them from proudly supporting and visiting Tanganyika Wildlife Park and all of its animals. They have been with us since the beginning and frequently attend our Park events and participate in a variety of our special animal experiences. A heartfelt “thank you” goes out to Kris for being a “Tanganyika Hero“!

(Pictured above: Kris’ crew during a visit to Tanganyika Wildlife Park / Photo provided by Kris Hurley)

Now, let’s get to know them a little more with a fun Q&A session!

Q: How did you first learn about Tanganyika Wildlife Park

A: This is going to sound really silly – but…   I was looking at some posts on the OKC Zoo Facebook page and noticed a comment by a guy whose profile picture had him and a rhino.  I was bored so I did a little bit of FB stalking and clicked thru to his page and said he worked at Tanganyika (it was Robert).  I looked up the park and my niece and I went up the following weekend – summer of 2011.

A: I think Megan and I went to the park about 3-4 times that summer (she interned with you guys a couple summers ago).  I believe you started the sponsorship/memberships the following year, and I’ve done that and/or had membership passes ever since.    My favorite event is hands-down the Twilight Tour.  I have quite the art collection going (I think I’m up to 9).   If I have time during a visit, I always like to squeeze in one of the encounter tours…  looking forward to finally getting to do the otter encounter in a couple weeks!

A: This is a hard one, my favorite from the beginning was Bob (the red panda).  Now, I’d have to say the cats.  🙂   Or the giraffe… or the Okapi… or the otters… yep, pretty much all of them. 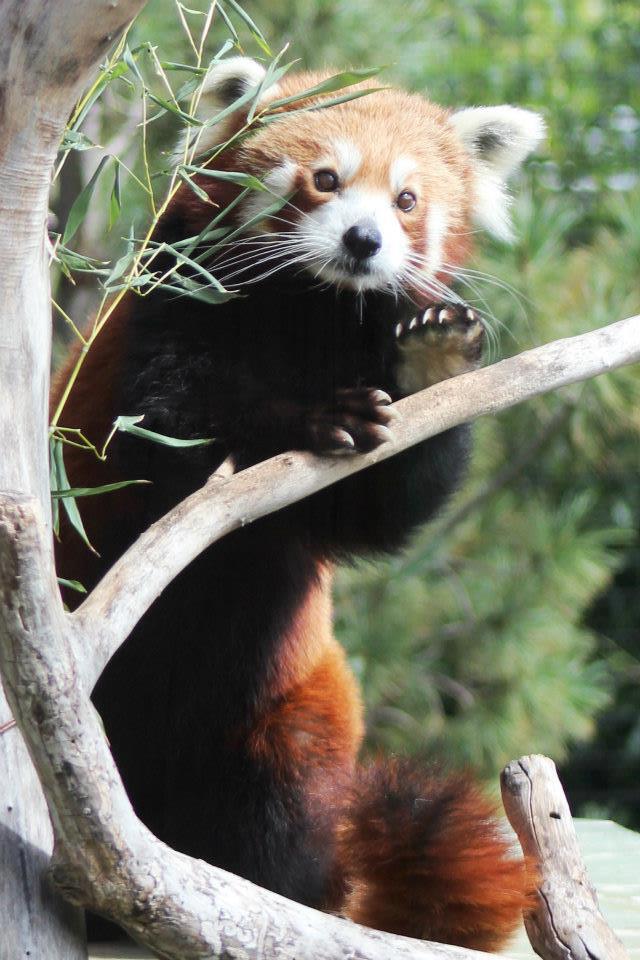 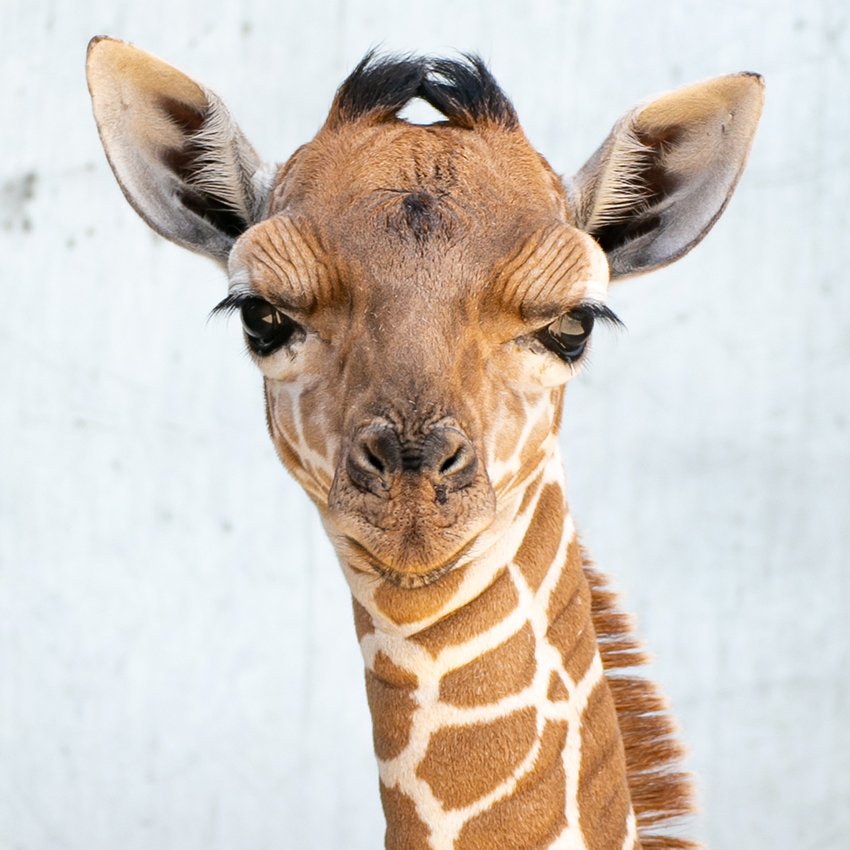 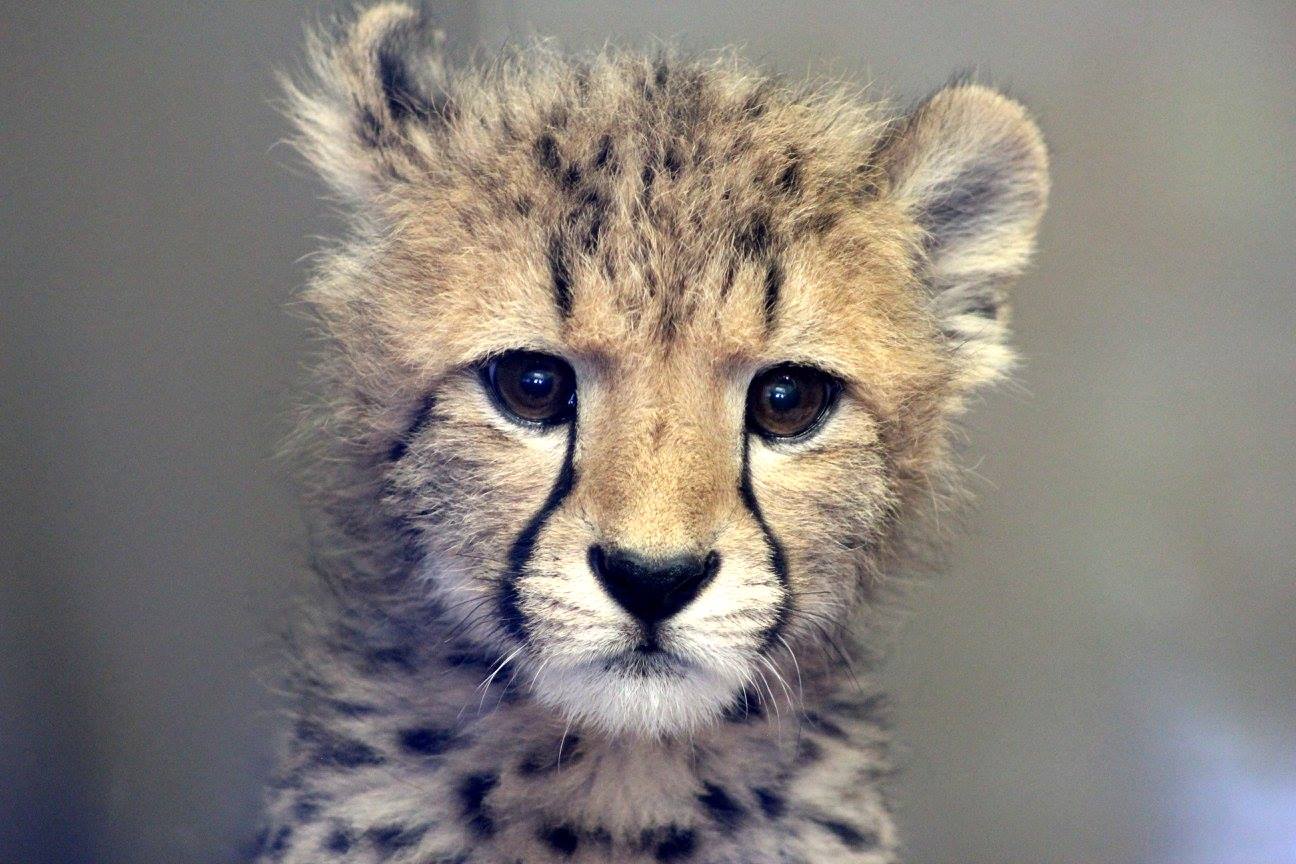 Q: What “Tanganyika Secret” do you think more people should know about (ex: The gibbons are usually most talkative around 10-11am)

A: I’d recommend the Origins tour to anyone.  🙂  I always found it interesting that Jim & Sherri started with birds. And seeing all the animals that are in your program behind the scenes is always really interesting.

A: I really have no idea! Many, many friends over the years which I always enjoy (and like it even more when they later take their friends and family). It’s always fun to see the first time expression when they walk in and there’s just a giraffe standing there (especially back in the days before the rope barrier). My favorite group visit was probably when I was able to bring my dog show family when we were in Wichita for a dog show and had the 7 kids do the behind-the-scenes penguin tour.

A: There are so many things that make Tanganyika one of my favorite places to visit. Obviously, the animals…  but really what makes it stand out is the staff. Everyone, whether they know me or not, has always been friendly and eager to share information on their animals. I believe the encounters offer a special opportunity to really allow guests to learn about and develop a passion for conservation. I always liked rhinos, but when I met Clara and was able to feed and interact with her, it really lead me to learn more about rhinos and the much needed conservation efforts that are ongoing to help save them in the wild. If others are also touched to maybe learn about conservation and become an advocate for a species, then that is the real power in places such as Tanganyika!

PrevPrevious ArticleTanganyika Announces Plans for Growth in 2020 with New Additions and Improvements
Next ArticleQ&A: Tanganyika Heroes – Part 2Next