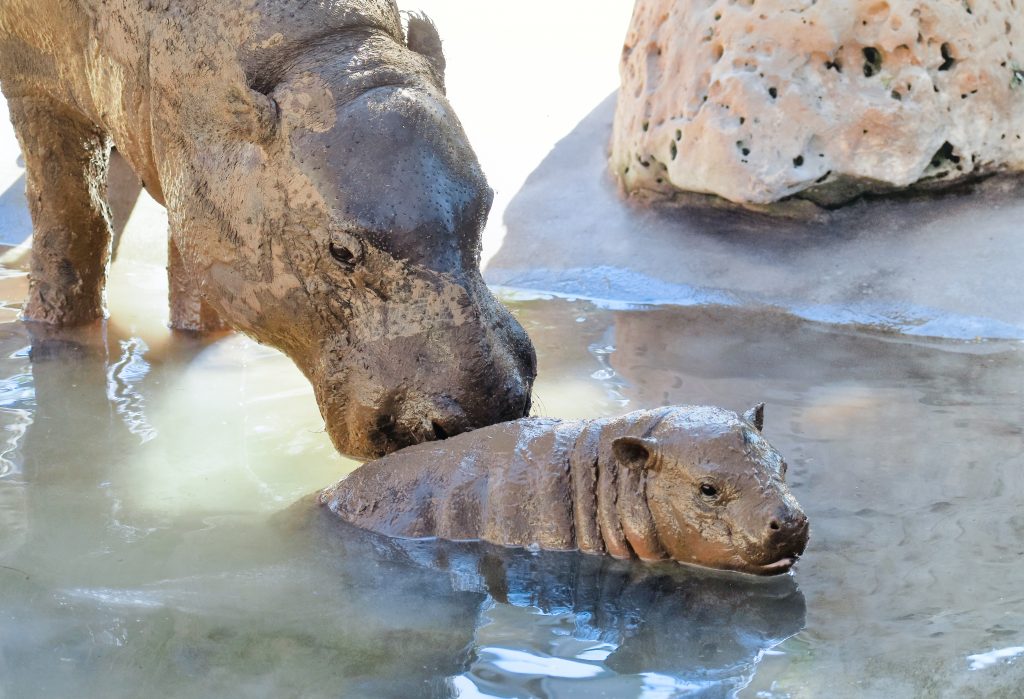 National Hippo Day 2022: How You Can Observe It

National Hippo Day takes place every year on February 15th. You have probably seen one of these animals at the zoo, or even when playing the popular Hungry Hippo game as a child, but do you know much about these large, land and river-dwelling animals?

Read on to learn more about National Hippo Day and how you can observe it.

Are there different kinds of hippos?

There are two species of hippos; the larger, Common hippo and the smaller relative, the Pygmy hippo. While they both have similarities, they are quite different! 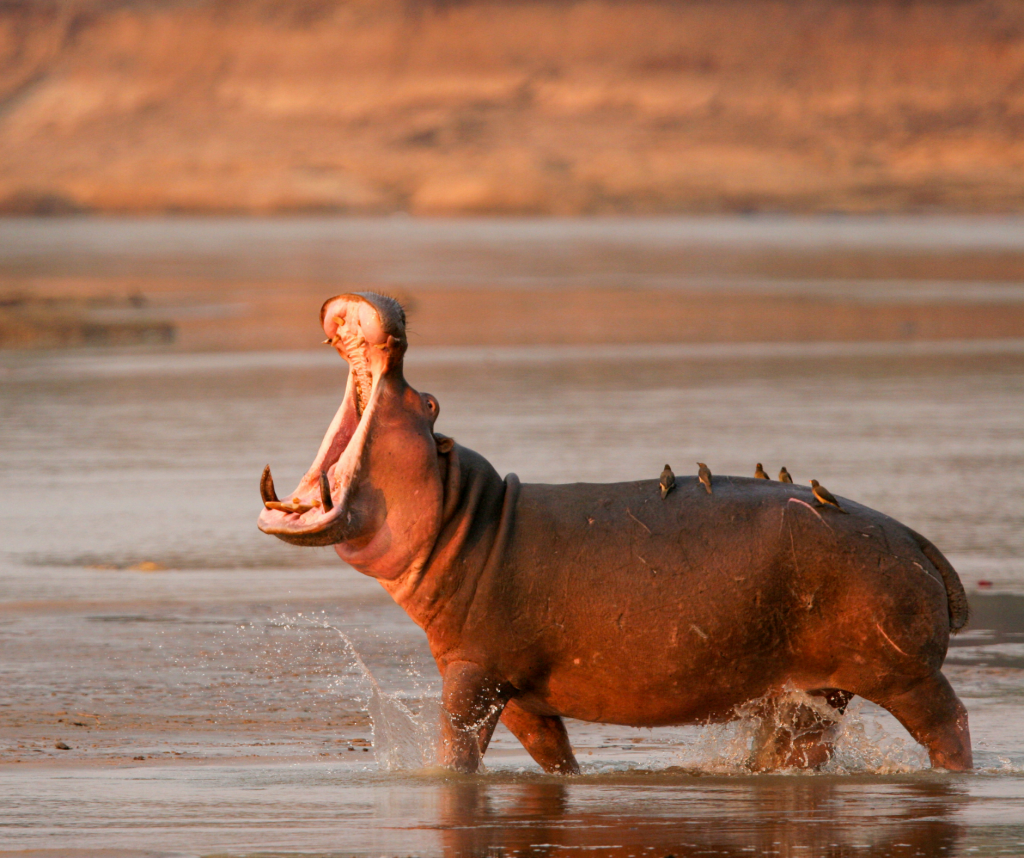 The common hippopotamus is the third-largest land mammal in the world and is located in over 30 countries in Africa! The only animals that are larger are blue whales and elephants. In fact, hippos can weigh more than 8,000 pounds.

Common hippos typically live in large groups of about 10 to 20 hippos. The herds consist mainly of one male and ten females, including their offspring.

During the day, the common hippos spend most of their time cooling off submerged in water. They can be found in lakes and swamps in the Sub-Saharan countries in Africa because they prefer slow-moving water areas so they can float. 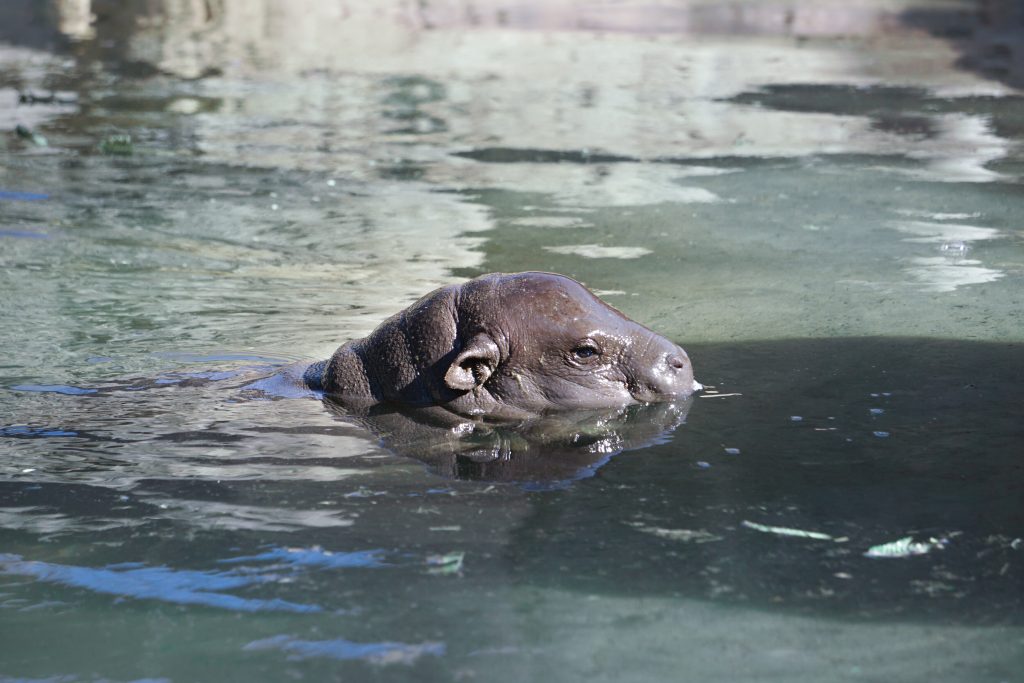 The Pygmy hippopotamus lives up to its name! They are much smaller than the Common Hippopotamus and weigh anywhere from 400 to 600 pounds.

Not does the pygmy hippo weigh 10x less than the common hippo, but it is much rarer, found only in the interior forests in parts of West Africa – and right here at Tanganyika Wildlife Park!

Pygmy hippos tend to live a solitary life, spending more time on land, usually including just the mother and calf pair or breeding pairs rather than the group life that common hippos live.

They also breed in land and in the water!

With only about 2000-3000 remaining in the wild, the pygmy hippo is classified as Endangered on the 2010 IUCN Red List, as well as being an Evolutionarily Distinct Species.

How You Can Help Observe National Hippo Day 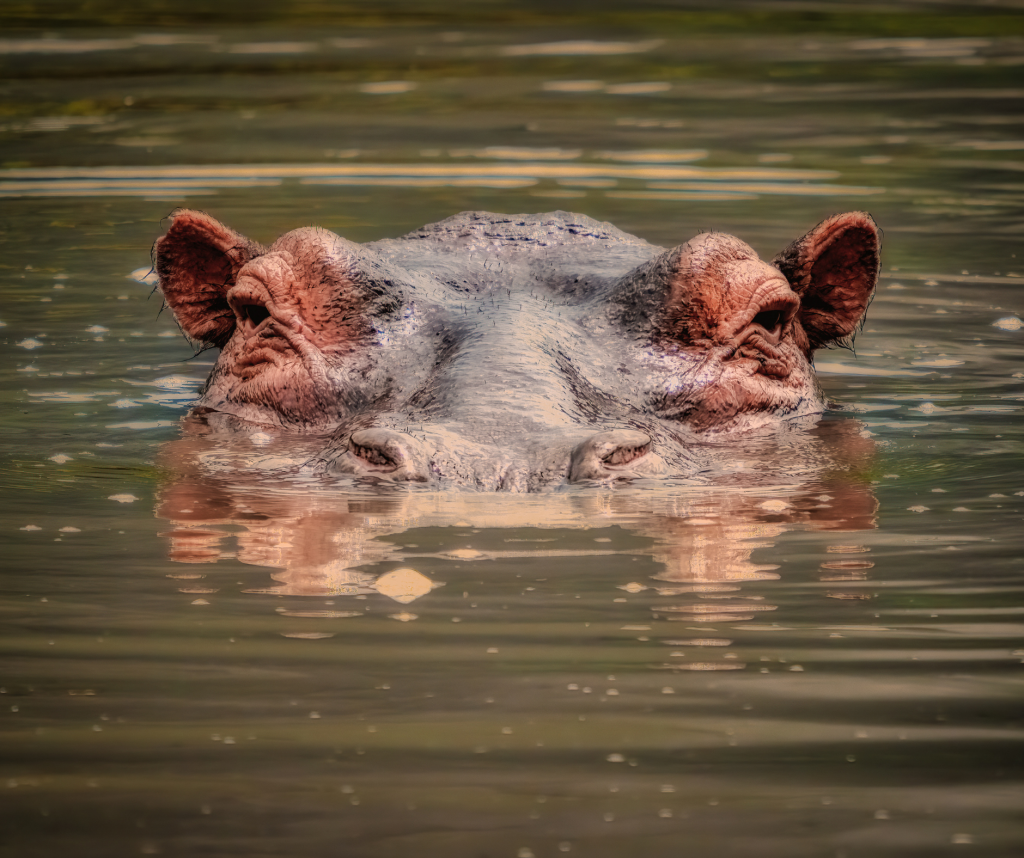 Today, the main threats to hippos populations are due to human activity. In the wild, the hippos known predators are hyenas, lions, and crocodiles but recently humans have taken the number one spot.

The reason for this? Their ivory canine teeth. Despite the ban for poachers to hunt elephants for their ivory place in 1989, poaching hippos for their teeth instead skyrocketed.

If you want to make a difference for the hippopotamus on National Hippo Day this year, you can by doing any number of things! This includes donating to the African Wildlife Foundation, visiting your local zoo or wildlife park, watching an educational documentary about hippos, or even visiting Tanganyika to see our very own pygmy hippos!

Take the day to observe these fascinating creatures on National Hippo Day and share your knowledge and this blog with your friends and family. 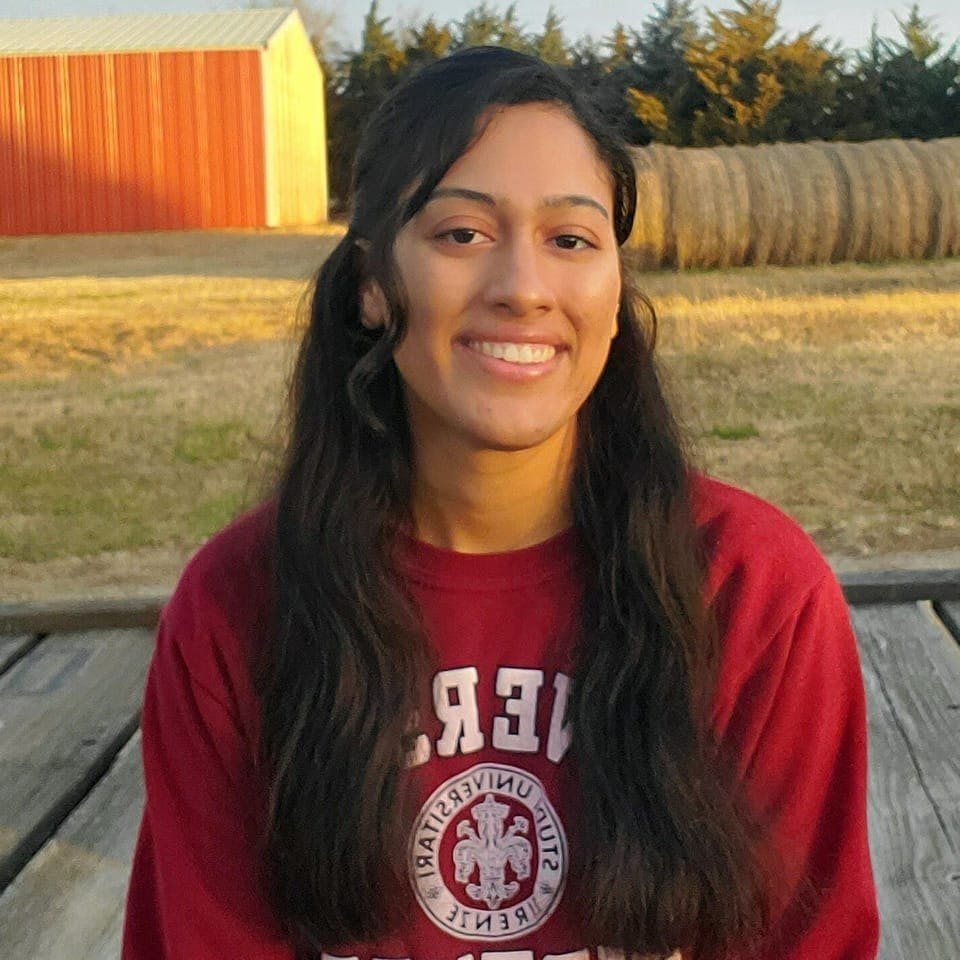 About the Author: TWP Digital Marketing Intern, Maggie, was born and raised on a farm in Kansas. She enjoys the outdoors and has a love for animals. She graduated with a degree in Telecommunications from Fort Hays State University in 2020 and is working towards her dream to work in Marketing. In her free time she enjoys practicing her guitar, going for trail walks, listening to music, and enjoying time on her family farm.